Skip to content
Adapting to a Hybrid Work Life

Adapting to a Hybrid Work Life

As even more people are heading back to the office after over a year of working from home, we want to explore why hybrid working might just be the best option to help your business reach its full potential.

In June this year, Apple Inc. announced that their entire workforce was due to return to the office; staff would be expected to be at their desks for at least three days a week, while only some were allowed to work from home for the other two. Their company wide announcement was met with frustrated employees publicly voicing their concerns and disappointment with the plan.

Staff at Apple argued that they had been able to strive in their work life due to the flexibility that comes with working from home; they felt better connected with their colleagues, healthier and happier. And they’re not alone, according to a BBC poll, 70% of people said that they would prefer to work from home, with the majority polled predicting that office attendance would “never return at the same rate”.

The popular opinion of so many office workers has even made the likes of Amazon do a complete U-turn and instead of their employees returning to the office in January 2022 as announced, the well-known corporation is now leaving the work structure to be decided by individual teams.

Similarly, Boris Johnson, who recently launched a campaign to try and get people back into the office, describing it as “essential” for young people to do so, also stated that it’s up to individual companies and employers to “work out for themselves” as to what flexibility they will offer.

With the mass amount of UK employees working from home for the past 18 months, it’s no wonder that the flexibility, convenience, and productivity of remote working has resulted in a reluctance to going back to the office full time. 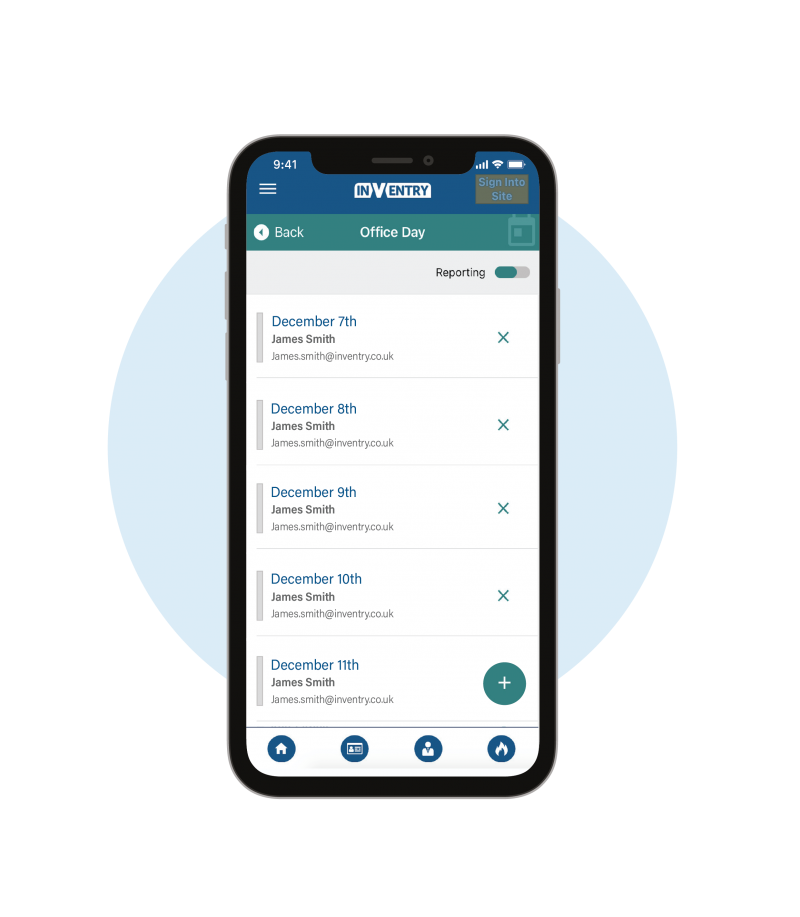 With InVentry’s Sign in System, there’s no need to leave your working-from-home-habits at home. Research shows that pre-pandemic, 13% were more productive working from home at least one day a week, which is why many people are encouraging employees to bring some of their WFH habits in-house.

Taking longer breaks and heading out for lunch rather than eating at your desk or grabbing a quick five minutes is now being encouraged. With our visitor management system, there’s no need to worry about the constant coming and going of your staff members.

InVentry allows organisation’s to know exactly which staff members are on and off site at all times with just a swipe of an ID card.

And with InVentry’s Anywhere App, staff have the ability to sign into InVentry whilst working from home. Now with GPS location, it will also allow you to see the remote location where an employee has signed in and out.

With InVentry’s Office Day, a simple and easy to use feature available via our Anywhere App; employees can pre-book themselves into the office for any specific day within a 14 day period. You’ll no longer have to keep track of those onsite via an Xcel spreadsheet or wonder around the office aimlessly looking for someone who’s working remotely!

You can link this to your own capacity limits and automatically stop bookings on specific days as soon as the capacity limit is reached. You can also cancel any office bookings when last minute issues, such as childcare and cancelled meetings arise.

Between all features, you’re able to see who’s working from home, who’s in the office and who’s off-site, meaning hybrid working has never been easier!

This site uses Akismet to reduce spam. Learn how your comment data is processed.